Well, I survived. So did Ike and Maddie. I think one marathon in life is enough...and will stick to half marathons in the future. It actually wasn't all that bad, just took a long time to finish. Maddie ended up with the best time of us three at 4 hours, 27 minutes. Ike finished in 4 hours, 36 minutes, and I ended up at 4 hours, 46 minutes. Our realistic goal was to finish under 5 hours, although we all hoped to complete the 26.2 miles in around 4 hours 30 minutes. 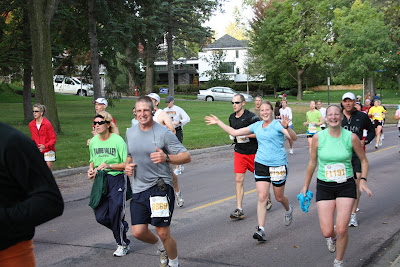 The three of us around mile 6. Happy as can be! A few miles down the road, we told Ike he was too fast for us and sent him on his way. Maddie and I stuck together until mile 13, and then I sent her on her way. I was for sure Ike would be the first to finish, until...
...I got to mile 22. Cathy and Ken then informed me that I was not too far behind (maybe about a half mile) Ike! Maddie passed him, without knowing it. What a stud! 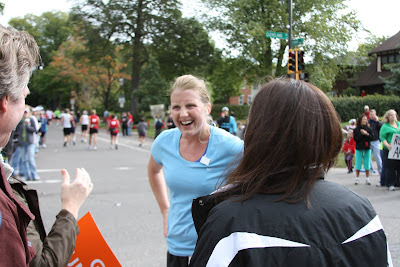 "What?! When did that happen?" 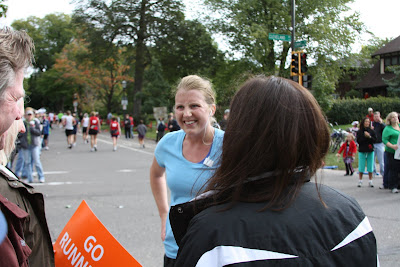 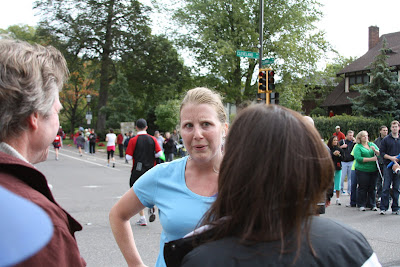 "A half mile, eh? Better get moving!" 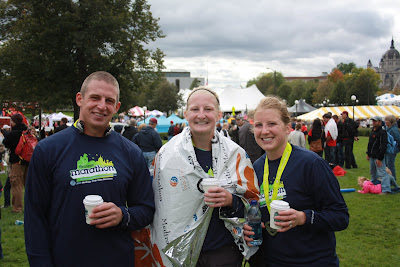 Finishing the marathon was the best thing that has ever happened in my life. lol. I did get a little choked up as I crossed the finish line. Not sure if I was just happy that it was over, or that I had actually completed a marathon... 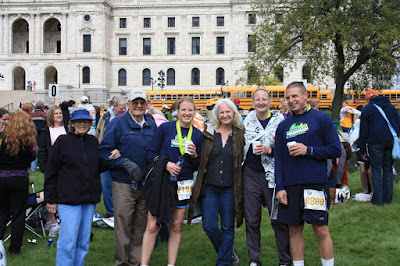 Grandma, Grandpa, Mom and Nic were our designated drivers and cheerers for the race. Barb, Marissa, Jackson, Alina, and her two kids were also able to watch us run! 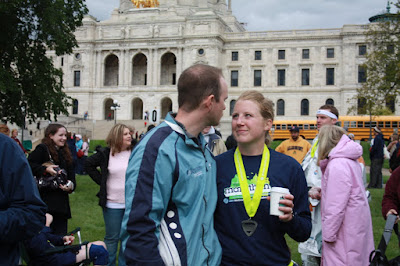 Email ThisBlogThis!Share to TwitterShare to FacebookShare to Pinterest
Labels: TCM 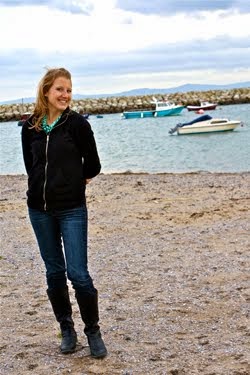 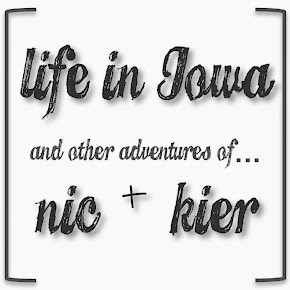